Arrow’s next season may be a few months away, but the folks at The CW are already giving fans a bit of anticipation to chew on. Thanks to Entertainment Weekly, fans have just gotten their first look at Dinah Drake’s all-new Black Canary suit – and it looks sleek!

In the image below, fans can get a full look at the suit Black Canary will be rocking in season six. The slick body suit Dinah Drake is seen wearing finally incorporates more of the character’s famous color scheme. The suit has golden-yellow accents running along its seams, and its patterned leather fabric looks as sexy as it is lethal. The suit also features some elongated gauntlets which will come in handy when Black Canary needs to smack down some foes, and Dinah’s baton seems to have gotten a slimmed-down makeover as well.

Entertainment Weekly’s costume reveal was attached to a lengthy interview with Arrow’s executive producer. Wendy Mericle opened up about the Black Canary’s new suit, and the executive promised fans the updated look signals Dinah’s awakening as a fully fledged superhero. 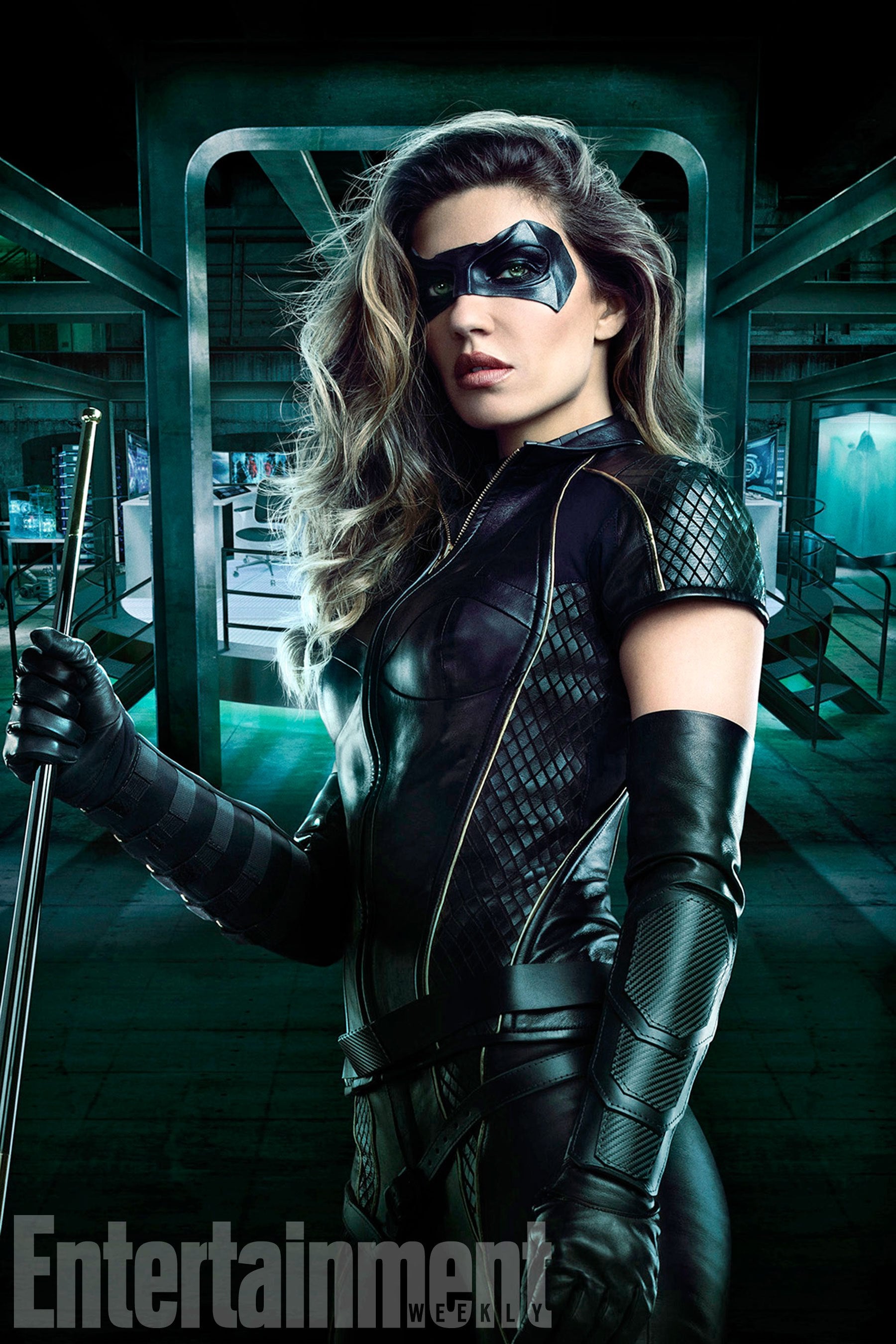 “Last season, she wasn’t a full-fledged superhero, you could say. She was, she had this power, she had this ability, she was part of the team, but really what this costume signifies more than anything is that she is now a full-fledged member of the team. She was before. But she’s now owning it in a different way,” Mericle said.

“We had talked about having the costume at various points last season and it never felt right. It felt that we wanted to save it for a special occasion, and the premiere seemed like a really good place to do it. She needs something tactical. She has this meta-power, but she also has the bo staff, so we just felt it was right for her to have something that was definitely more than a nod to the DCU character, but also something that was distinctive from what we’ve seen before. This really fits the bill.”